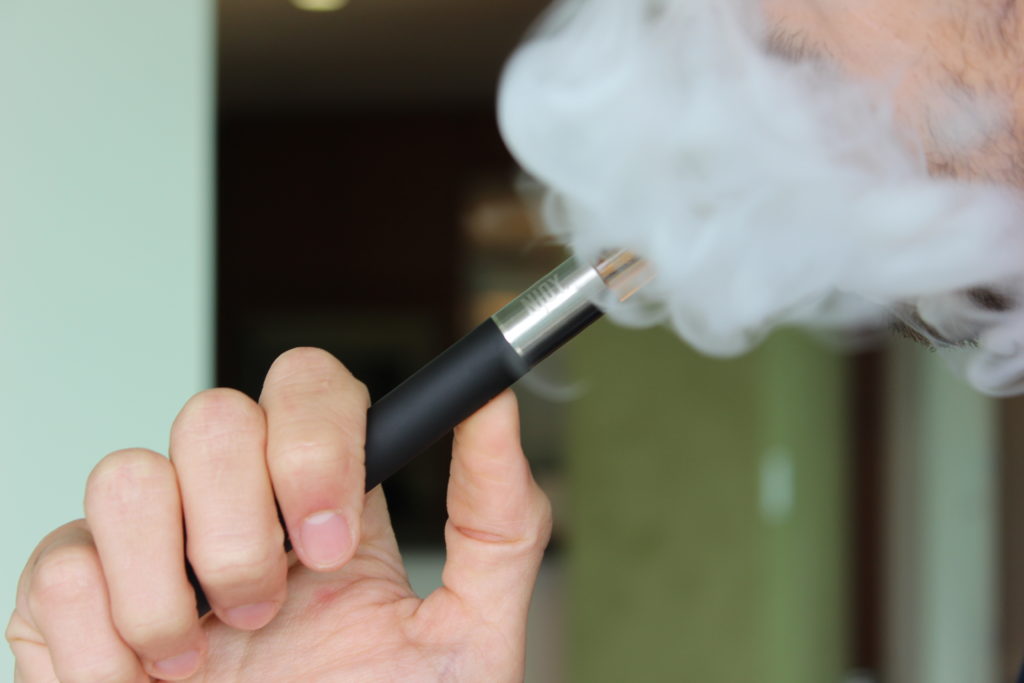 While previous studies have found that electronic cigarettes emit toxic compounds, a new study from Lawrence Berkeley National Laboratory (Berkeley Lab) has pinpointed the source of these emissions and shown how factors such as the temperature, type, and age of the device play a role in emission levels, information that could be valuable to both manufacturers and regulators seeking to minimize the health impacts of these increasingly popular devices.

The study, which was published in Environmental Science & Technology, found that the thermal decomposition of propylene glycol and glycerin, two solvents found in most “e-liquids” (the substance that is vaporized by the e-cigarette), leads to emissions of toxic chemicals such as acrolein and formaldehyde.

“Advocates of e-cigarettes say emissions are much lower than from conventional cigarettes, so you’re better off using e-cigarettes,” said Berkeley Lab researcher and the study’s corresponding author Hugo Destaillats. “I would say, that may be true for certain users—for example, long time smokers that cannot quit—but the problem is, it doesn’t mean that they’re healthy. Regular cigarettes are super unhealthy. E-cigarettes are just unhealthy.”

In the paper, “Emissions from electronic cigarettes: Key parameters affecting the release of harmful chemicals,” Destaillats and a team of researchers simulated vaping using three types of e-liquids in two different vaporizers operated at various battery power settings. The two e-cigarettes were quite different, one fairly cheap with one heating coil, the other more expensive with two heating coils in parallel. The researchers used gas and liquid chromatography to determine what was in the vapor, looking at the first puffs as well as later puffs after the device heated up and reached a “steady state.”