Why We Should Say Someone Is A ‘Person With An Addiction,’ Not An Addict

From NPR. To view the entire article, click here. 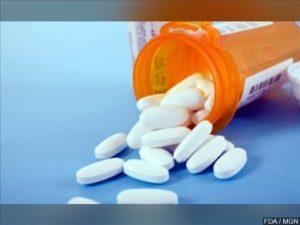 For years, people with addiction have wondered when the media would recognize our condition as a medical problem, not a moral one — when they would stop reducing us to mere “addicts” and speak of us in the more respectful and accurate “person first” language that has become common for people with other diseases and disorders.

Last week, The Associated Press took an important step in that direction. The new edition of its widely used AP Stylebook declares that “addict” should no longer be used as a noun. “Instead,” it says, “choose phrasing like he was addicted, people with heroin addiction or he used drugs.” In short, separate the person from the disease.

The style guide clarifies other important language to maximize precision and reduce bias in addiction coverage. There are new entries on “alcoholic” and on an array of substances, from bath salts and cocaine to PCP and synthetic cannabis.

Unlike many matters of style, these changes aren’t mere semantics or political correctness. Widespread media misunderstanding of the fundamental nature of addiction has led to some deadly misconceptions about how it should be managed. The AP provides news to around 15,000 media organizations and businesses, and its stylebook is highly influential in setting standards for usage. If its more accurate terms are adopted and understood by institutions like The New York Times and CBS News, it could genuinely help improve drug treatment and policy by reducing stigma against lifesaving forms of treatment — amid an overdose crisis that shows no signs of slowing.

“Around the beginning of the year, in January, we noticed that there was a hole in our guidance on addiction,” says Jeff McMillan, an AP enterprise editor who was the lead author of the new section. He adds, “As we began talking to experts, we learned that the language that was traditionally used is changing, and we thought it would be good to give people a vocabulary.”

The new language has been widely welcomed. “It’s very good — really well done,” says John Kelly, an associate professor of psychiatry at Harvard and founder and director of the Recovery Research Institute at the Massachusetts General Hospital. Kelly was the lead author of a study published in 2010 that showed that clinicians — from the least educated up through doctoral-level professionals — take a more punitive stance when patients are described as “substance abusers” rather than “people with substance use disorder.”

The stylebook directs its users to “avoid words like abuseor problem in favor of the word use with an appropriate modifier such as risky, unhealthy, excessive, or heavy. Misuse is also acceptable.” Notably, it adds that not all risky use involves addiction — a distinction that has been clear to epidemiologists for decades but has not often been noted by the press.