Is ‘Gaming Disorder’ An Illness? WHO Says Yes, Adding It To Its List Of Diseases

They are popular. They are controversial. And now, video games have just become an internationally recognized addiction.

On May 25, the World Health Organization officially voted to adopt the latest edition of its International Classification of Diseases, or ICD, to include an entry on “gaming disorder” as a behavioral addiction. 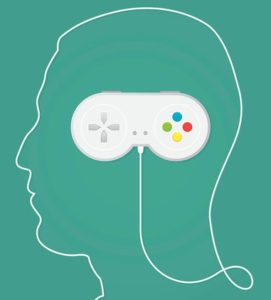 This is a move that could alarm parents all over the country. According to Pew, 97 percent of teen boys and 83 percent of girls play games on some kind of device.

But in order to be classified as having a disease, being a video game fan isn’t enough. According to WHO, the criteria doesn’t include a certain amount of hours spent playing. Instead, the description is of someone with an inability to stop playing even though it interferes with other areas of one’s life, such as family relationships, school, work, and sleep. And, these problems would typically continue for at least one year.

And although WHO’s voice is powerful, it’s not the last word in the world of science.

“There is a fairly even split in the scientific community about whether ‘tech addiction’ is a real thing,” says Dr. Michael Bishop, who runs Summerland, which he calls “a summer camp for screen overuse” for teens.

“Technology addiction” doesn’t appear in the latest Diagnostic and Statistical Manual, the DSM-V, published in 2013. That’s the bible of the psychiatric profession in the United States. The closest it comes is something called “Internet Gaming Disorder,” and that is listed as a condition for further study, not an official diagnosis.

This omission is important not only because it shapes therapists’ and doctors’ understanding of their patients but because without an official DSM code, it is harder to bill insurers for treatment of a specific issue.

Dr. Nicholas Kardaras is the author of the 2016 book Glow Kids: How Screen Addiction Is Hijacking Our Kids. There are brain-imaging studies of the effects of screen time, he says. And he also has treated many teens who are so wrapped up in video games that they don’t even get up to use the bathroom.

He says the evidence is clear, but we’re not ready to face it.

“We have, as a society, gone all-in on tech,” he says. “So we don’t want some buzz-killing truth sayers telling us that the emperor has no clothes and that the devices that we’ve all so fallen in love with can be a problem” — especially for kids and their developing brains, he adds.

Addiction may not be an official term in the U.S., at least not yet. But researchers and clinicians like Bishop, who avoid using it, are still concerned about some of the patterns of behavior they see.

“I came to this issue out of a place of deep skepticism: addicted to video games? That can’t be right,” said Dr. Douglas Gentile at Iowa State University, who has been researching the effects of media on children for decades.

But “I’ve been forced by data to accept that it’s a problem,” he told me when I interviewed him for my book The Art of Screen Time. “Addiction to video games and Internet use, defined as ‘serious dysfunction in multiple aspects of your life that achieves clinical significance,’ does seem to exist.”

Gentile’s definition doesn’t address the questions of whether media can cause changes in your brain or create a true physical dependency.

It also doesn’t address the question, raised by some of the clinicians I’ve spoken with, of whether media overuse is best thought of as a symptom of something else, such as depression, anxiety or ADHD. Gentile’s definition simply asks whether someone’s relationship to media is causing problems to the extent that the person would benefit from getting some help.

Gentile was one of the co-authors of a study published in November that tried to shed more light on that question. The study has the subtitle “A Parent Report Measure of Screen Media ‘Addiction’ in Children.” Note that the term addiction is in quotes here. In the study, researchers asked parents of school-age children to complete a questionnaire based on the criteria for “Internet Gaming Disorder.”

Continue to the original article.