From the Baltimore Sun 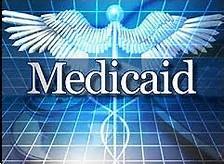 Doctors and others who provide mental health and addiction services in Maryland under the Medicaid program have had millions of dollars in bills go unpaid this year because a new state payment system is malfunctioning, which some providers say could jeopardize care during the ongoing drug overdose crisis.

The Maryland Health Department, which oversees the payments, notified providers last week that it planned to begin sending estimated payments that total about $32 million a week as it works to fix the system serving more than a quarter-million people. The estimated payments will be based on past billing.

Medicaid pays for a disproportionate amount of such treatments compared with other types of health insurance. This snafu affects about 2,500 doctors, hospitals, clinics and other facilities that offer behavioral health services in the state, records show.

“We have been working on this for a few months,” said Dennis Schrader, the state’s Medicaid director. “In a perfect world, these transitions would be flawless, but in reality you sometimes run into transitional issues. We want to make sure providers are held harmless while we’re fixing the system.”

About one in five Maryland residents, or more than 1.2 million people, are enrolled in the Medicaid program, the federal-state health program for low-income people. About 260,000 to 280,000 tap behavioral health services, state figures show.

That includes treatment for opioid addiction, an epidemic that has claimed thousands of lives in recent years. It also pays for mental health care at a time of growing demand.

Providers say the switch to the new payment system under Optum Behavioral Health has been an exceptional burden.

Liza Palmes is a mental health and addiction counselor who works for a nonprofit treatment provider part time and opened a part-time private practice last year in Mount Washington. She said all her claims this year have been denied, and with a limited history with Medicaid, she’s not expecting any estimated payments.

Regardless, she said, for now she will go on treating about a dozen Medicaid patients. But she can’t care for them indefinitely and can’t take on new patients, though she’s had inquiries.

Palmes said even if she did get an estimated payment from the state she wouldn’t know what it was for, which would create an accounting problem. She could end up having to pay money back to the state if a claim or part of a claim is rejected eventually.

She said the Optum system, at times, also does not recognize providers or their patients. That means the system can’t tell Palmes whether patients have open cases with other providers, meaning they could be getting treatment at more than one facility. That is not uncommon in the addiction field, she said.

“I’ll keep working with my patients, who I’ve been working with for almost a year. I’m not going to make them suffer because Optum’s inability to get their software to work,” Palmes said. “But every part of the system is a mess.”

Optum did not respond to a request for comment.

The state, as required by law, seeks bids from companies for management services at the end of their contracts. A contract with Beacon Health Options expired, and the state hired Optum Behavioral Health, after Beacon wanted to raise its fee.

Optum underbid Beacon by about $70 million over the life of the contract, Schrader said. The contract is worth about $188 million over its five years with two one-year options.