Anxiety and depressive disorders, substance use and suicidal thoughts increased during the second quarter.

Symptoms of anxiety disorder, depressive disorder, substance use and suicidal thoughts have increased in the second quarter of this year compared to the same period last year, with over 40 percent of individuals in June reporting an adverse mental or behavioral health condition, according to a report released Thursday from the Centers for Disease Control and Prevention.

The results come as public health experts, advocates and officials have been sounding the alarm about the secondary health effects of the COVID-19 pandemic. Localities have reported spikes in drug overdoses or suicide deaths during the pandemic, and many experts have warned that the nature of the pandemic could worsen overall mental health.

“We’re quite worried about it and I think that the evidence we’ve seen so far indicates that that worry is well-placed,” Elinore McCance-Katz, Health and Human Services assistant secretary for mental health and substance use, said in an interview this month with CQ Roll Call. “During this time of social isolation, lockdown and other restrictions lead people to what can be desperate circumstances in terms of job loss, in terms of financial stressors, in terms of just not having the social support available that people rely on and seeing the kinds of fallout.”

The study, released Thursday as part of CDC’s Morbidity and Mortality Weekly Report, was conducted June 24-30 and showed increases in a variety of adverse mental health conditions. However, the report’s authors caution it does not use diagnostic evaluations.

Anxiety disorder symptoms were about three times higher than those reported during the second quarter of 2019, rising from about 8 percent to almost 26 percent. Instances of depressive disorders also jumped from about 7 percent to 24 percent compared to the same time last year.

The report also found an increase in symptoms directly tied to the pandemic. Twenty-six percent of individuals surveyed reported symptoms of a trauma or stressor-related disorder related to COVID-19. Thirteen percent also reported starting or increasing substance use to cope with pandemic-related stress.

Providers and advocates have worried that substance use would increase during the pandemic as alcohol sales have risen nationally and provisional data released from the end of last year found overdose deaths at an all-time high. The added economic and health stressors of the pandemic are likely to increase these numbers.

Instances of suicidal ideation, meaning having suicidal thoughts, have also increased compared to last year — and the numbers are especially stark for groups like young people and communities of color.

Last week, McCance-Katz said the percentage of emergency department visits related to suicide attempts increased by as much as 50 percent during stay-at-home orders, but has dropped since states have lifted some of these restrictions.

But cities like Chicago have continued to struggle with their suicide death rates for minority groups, and in this case, especially Black individuals.

“Mental health conditions are disproportionately affecting specific populations, especially young adults, Hispanic persons, black persons, essential workers, unpaid caregivers for adults, and those receiving treatment for preexisting psychiatric conditions,” the report reads. The survey found that 11 percent of respondents seriously considered suicide during the 30 days prior to completing the survey, but that number was much higher for these groups. 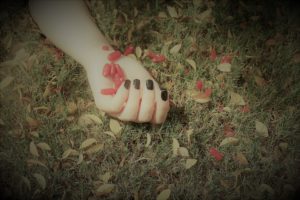 But disparities could also be found in unpaid adult caregivers, who are often providing care for an individual at heightened risk for COVID-19, and essential workers. Caregivers showed large increases in the prevalence of substance use and suicide ideation compared to other adults.