Knowledge of HIV Status is on the Rise

From HIV.gov. To read the blog in it’s entirety, click here: 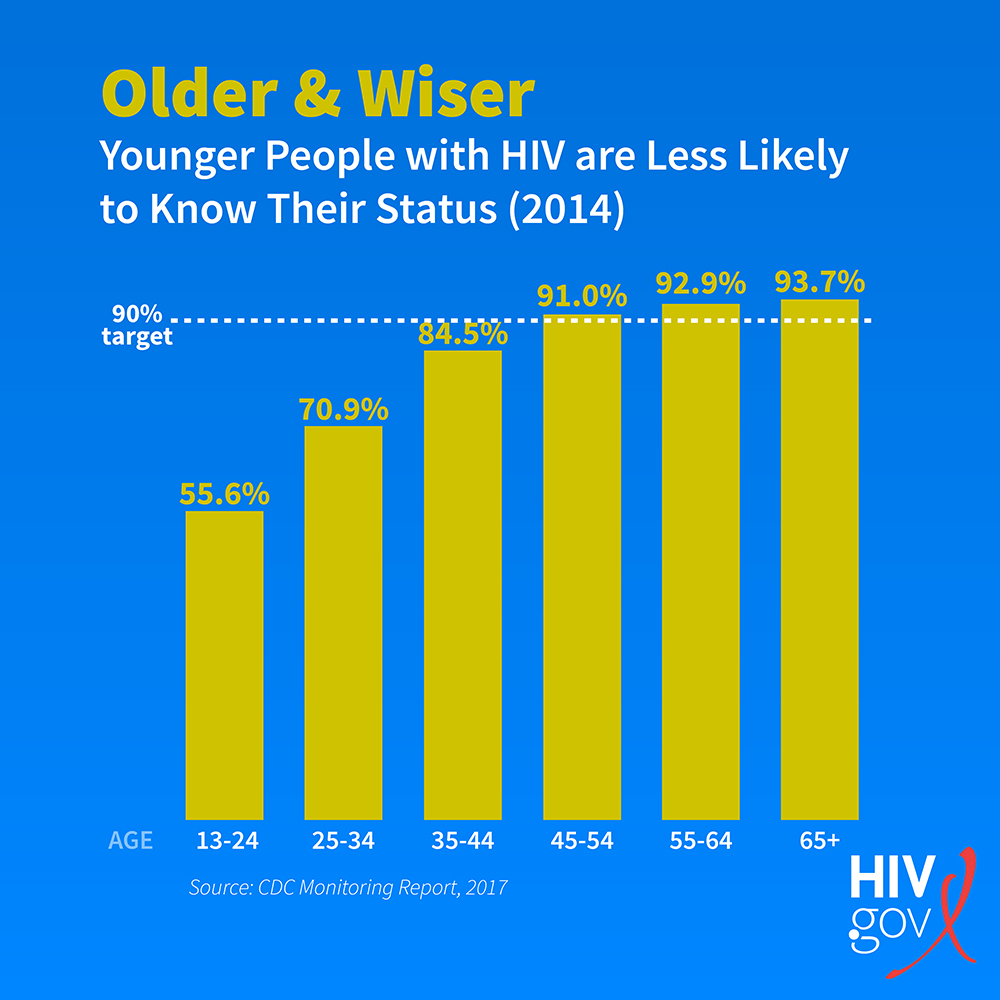 According to guidelines by the Centers for Disease Control and Prevention (CDC), we all should have been tested for HIV at least once in our lives. The National HIV/AIDS Strategy (NHAS) includes, as one of its key priorities, widespread HIV testing to help increase the number of people living with HIV who know their status, improve their health, and reduce new HIV infections. The NHAS sets a target for increasing the percentage of people living with HIV who know their serostatus to at least 90% by 2020. Data released in the CDC’s July 2017 Monitoring Report [PDF 2.3MB] show that, in 2014, 85% of people living with HIV in the U.S. knew their status, which exceeds the NHAS annual target.

Getting tested and knowing your HIV serostatus are entry points to either the HIV prevention continuum or the HIV care continuum. If you test negative for the virus, knowing the results allows you to take steps—like using condoms, taking PrEP, and limiting risky behaviors—that can help you stay negative.

If you are living with HIV, knowledge of your serostatus is essential to accessing and receiving the medical care and support services you need to stay healthy and live a long life. People who are diagnosed early and stay virally suppressed can live almost as long as a peer who does not have HIV. In addition, recent trials of HIV treatment-as-prevention found no cases of HIV infection that were linked to someone who was virally suppressed.

In the 2017 Monitoring Report, CDC used a new method for calculating the percentage of people living with HIV who are aware of their infection. The new method resulted in a lower estimate of the total number of people living with HIV. The new estimate for 2014 is 1.1 million people living with HIV, rather than the 1.2 million that had been previously reported. As a result, data and NHAS annual targets from 2010 to 2014 were updated. You may also notice that the percentage reported previously for knowledge of serostatus is slightly lower than what was presented with the old method. More information on this new method can be found in the Monitoring Report [PDF 2.3MB].

The new data show that 6 of 7 people living with HIV in 2014 knew their status. From 2010 to 2014, the percentage of people living with HIV who had been diagnosed and were aware of their serostatus increased from 82.7% to 85%. Consistent improvement was seen from year to year, and the 2014 target (84.5%) was exceeded. This continued a trend begun in previous years for reaching the annual targets, and movement continues to head toward achieving the NHAS 2020 targets.

However, the data available from 2014 for age, sex, race/ethnicity, and transmission category show that differences in the knowledge of serostatus continue. While women, those older than age 34, whites, heterosexual females, and those who inject drugs met the annual target, several subgroups failed to meet the overall annual target of 84.5% for knowledge of serostatus among people living with HIV. They included: