CDC has released Managing HIV and Hepatitis C Outbreaks Among People Who Inject Drugs: A Guide for State and Local Health Departments, a guide to help state and local health departments plan for an outbreak of HIV or hepatitis C among people who inject drugs. The guide outlines strategies to detect and investigate a possible outbreak and includes considerations for developing an outbreak response plan to minimize the impact of the outbreak on the community and stop further transmission. 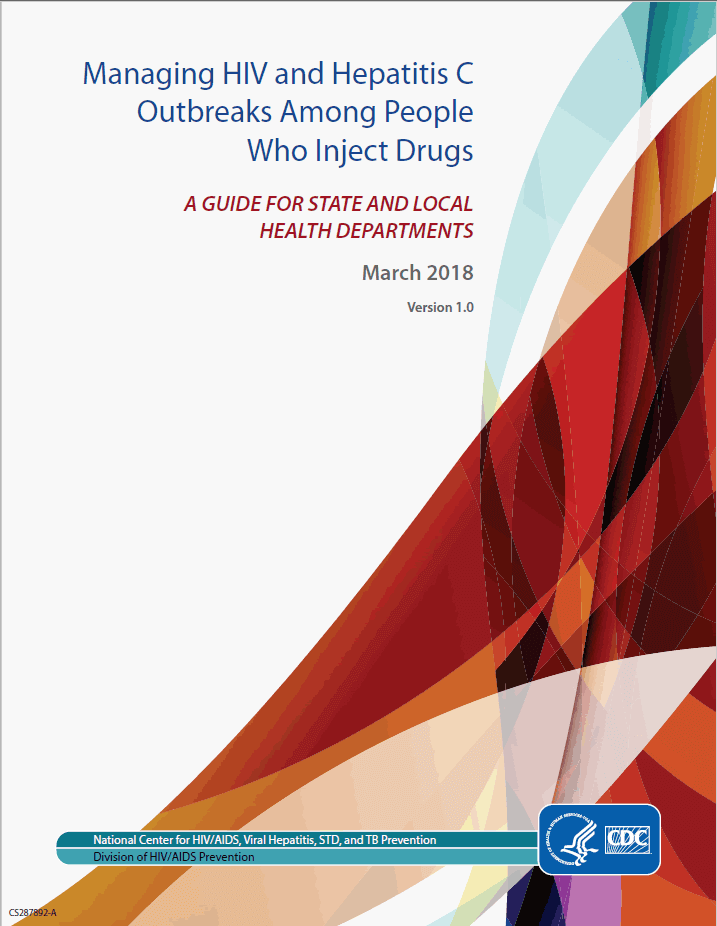 The current opioid epidemic has increased the number of people who are injecting drugs in the U.S., and that has substantially increased the risk of transmission of blood-borne viruses, including HIV, hepatitis C virus (HCV), and hepatitis B virus (HBV) among this population because of increases in shared injecting equipment. Increases in injection drug use are being seen in communities not previously considered at high risk of injection-related infections. The potential for rapid spread of HIV and HCV among this new population of people at risk was realized during a 2015 outbreak in rural Scott County, Indiana. The new CDC guide draws on lessons from the response to that outbreak.

Advanced planning can facilitate an effective coordinated response for communities faced with the possibility of future outbreaks of HIV or hepatitis C among networks of PWID.

Agencies and organizations in communities across the nation are already working to eliminate hepatitis B and hepatitis C in the United States, using the National Viral Hepatitis Action Plan (Action Plan) as our strategic framework. The Action Plan acknowledges the inescapable interconnections between the opioid epidemic, viral hepatitis, and other diseases that are spread by injecting drugs. To address these, the Action Plan calls for expanded access to comprehensive, integrated infectious disease services for people who inject drugs. There are opportunities to engage and mobilize partners at the federal, state, and community levels to better integrate our responses to both the opioid epidemic and viral hepatitis. A more coordinated and comprehensive response will be key to ending both the opioid and hepatitis C epidemics.